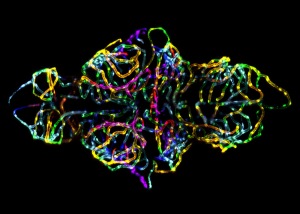 Another day closer to the end of 2012, another review of some of the awesome science and stuff that has gone on this year!

Starting us off today is New Scientist with their picks of the year in life science. There are a range of articles, detailing evolution, DNA, and fossils. Some great reads in there.

Next up is Ed Yong’s Hidden Gems of 2012, over at National Geographic Phenomena. This list includes some of the less well publicised stories of 2012, but no less important and impressive. I like the Dungeons and Dragons kid, and the post written in DNA.

Finally, we have Wired Science‘s top image galleries of the year 2012. In their words: “Many of our most popular posts are image galleries, and this year our readers favourite collections included microscope photos, doomsday scenarios, auroras and lots of images of Earth from space.” I particularly like the best microscopy images of the year (image above from there), and the night time shots of Earth.